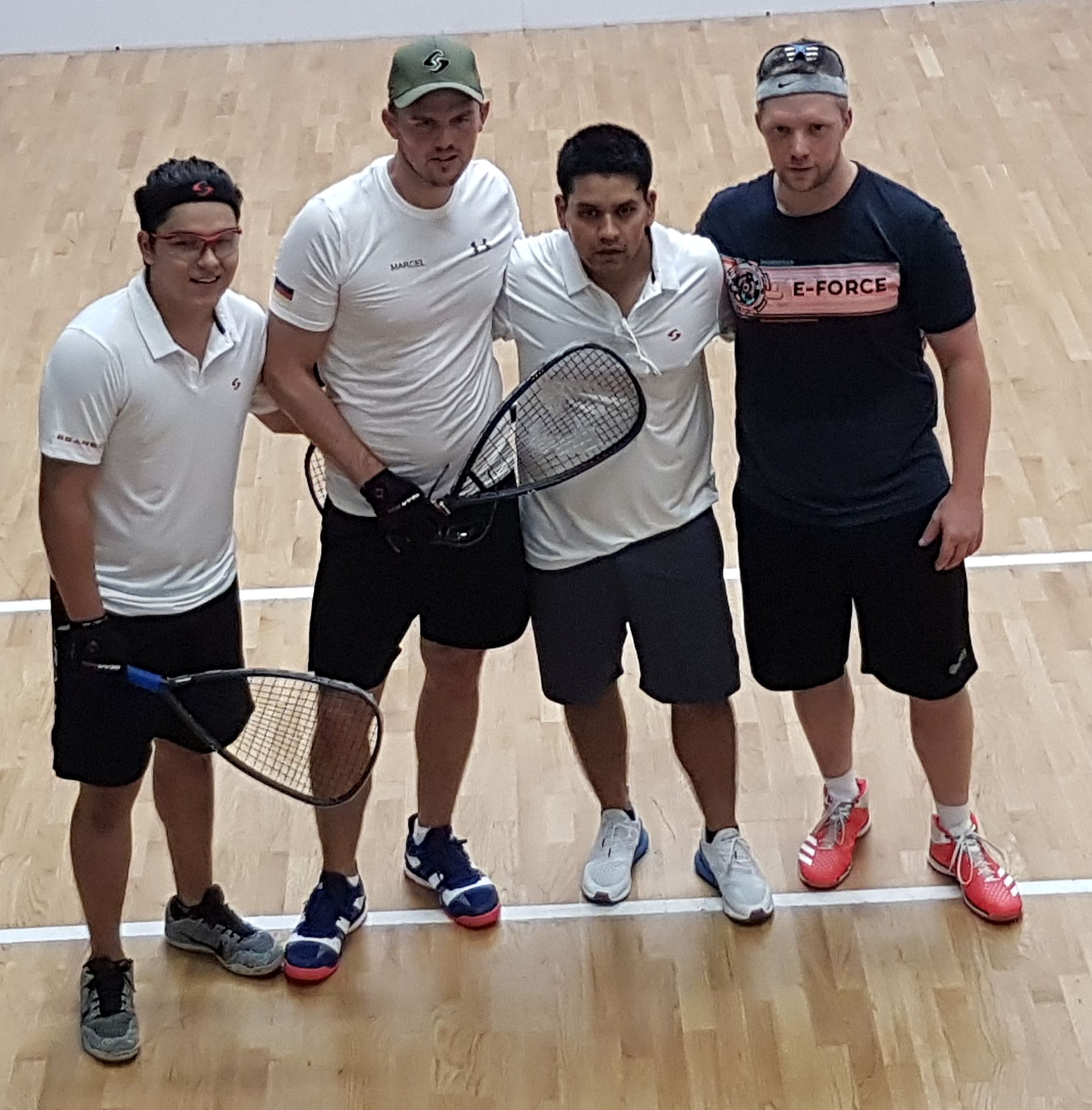 Players from six countries competed in the 2018 Hamburg Open, the first event of the European Racquetball Tour 2018/2019 and most notable players from Mexico joined the group of players from of course Germany, Netherlands, USA, Poland and Canada to play out winners in seven divisions.

This year, Oliver Bertels (Germany) won against team mate and US Open participant Marcel Czempisz (Germany) in the Mens Open final 15-11, 15-13. Both were defeated in the high class doubles final against singles semi finalists Agustin Rodrguez Inclan and Jose Felix (Mexico) with 15-6, 9-15, 11-4.

All draws and results can be found at http://www.r2sports.com/tourney/home.asp?TID=29427.

The next European Major Event will be the Kilkenny Irish Open, October 20/21. Check out www.racquetball.ie for more.