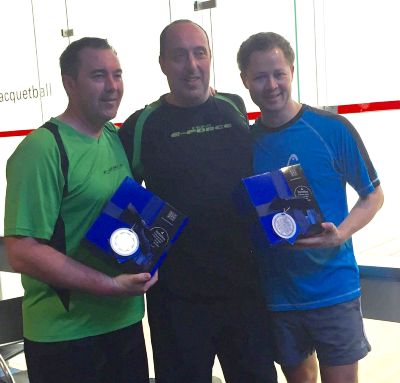 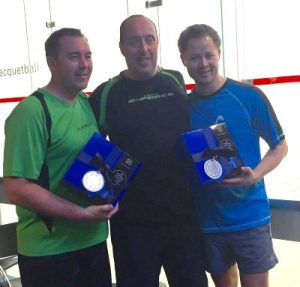 Germany’s Trevor Meyer is the winner of the 29th Dutch Open 2016 that were held last weekend in The Hague after an 8 years hiatus. In a classic final match that has been seen in so many racquetball competitions over the past 25 years, he defeated his country mate and former European Champion Joachim Loof 15-10, 15-8 to win his only second Dutch Open singles title after 1995 (!).  Meyer/Loof were als victorious in doubles by defeating the Dutch/German team of Edwin Schipper and Arne Schmitz with 15-14, 15-8. For full results go to www.racquetball.nl.