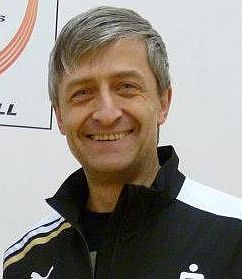 German Racquetball mourns the death of it’s Vice President Hermann Bachmaier who passed away last night after a serious illness. Hermann was a racquetball player for more than 25 years and a huge contributor for German and Bavarian Racquetball. He re-vitalized the Bavarian Open in 2009 which became one of the most attractive and important racquetball events in Europe. “We have lost a friend”, says German Racquetball President Jorg Ludwig. ERF President Mike Mesecke stated”: Hermann was a dear friend and we will all miss him; his enthusiam and love for the sport of racquetball should be a role model for everyone”. German Racquetball will honor Hermann during the upcoming German National Championships with a moment of silence.