Results and stories of the 9th Italian Open 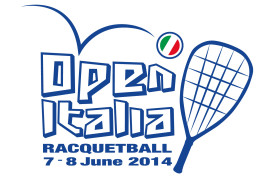 Results and stories of the 9th Italian Open

The Italian Open were held in Brembate, Italy on June 7 & 8, as the 9th edition of this tournament that began as a local challenge which has grown to becoming an awaited tournament by European players and beyond!

40 matches were played with the following results:

A special thanks goes out to Heidi Lattuca for her help in running the tournament…a true tournament director!
——————————-

For 2 days the Centro Sportivo of Brembate was in international center where Italian, Spanish, French, English, and Gaelic were spoken.
Everything flowed smoothly in a friendly yet competitive environment.

A few interesting facts:
– The youngest player was WILDEN ESPINOZA (18) Bolivian, studying in Hamburg.
– The player with the most experience was John Comerford, (69) from Ireland, on our courts for the 4th time.
– The player who traveled the furthest was Joe Conti from Hawaii, vacationing in Europe. As well as Kim Roy & Timothy Harrison from Florida.
– The largest foreign contingent  was from Paris; Maxima e JM Bissau, Caroline Parole & Risto Markova.
– The most assiduous player, Ron Briggs from the Usa (who lives in Sigonella, Sicily) has only missed the 1st edition.

We thank all that attended and we look forward to having you participate in our tenth edition of the Italian Open!

Thanks to all who showed their support though they were not able to be present.
Racquetball Italia