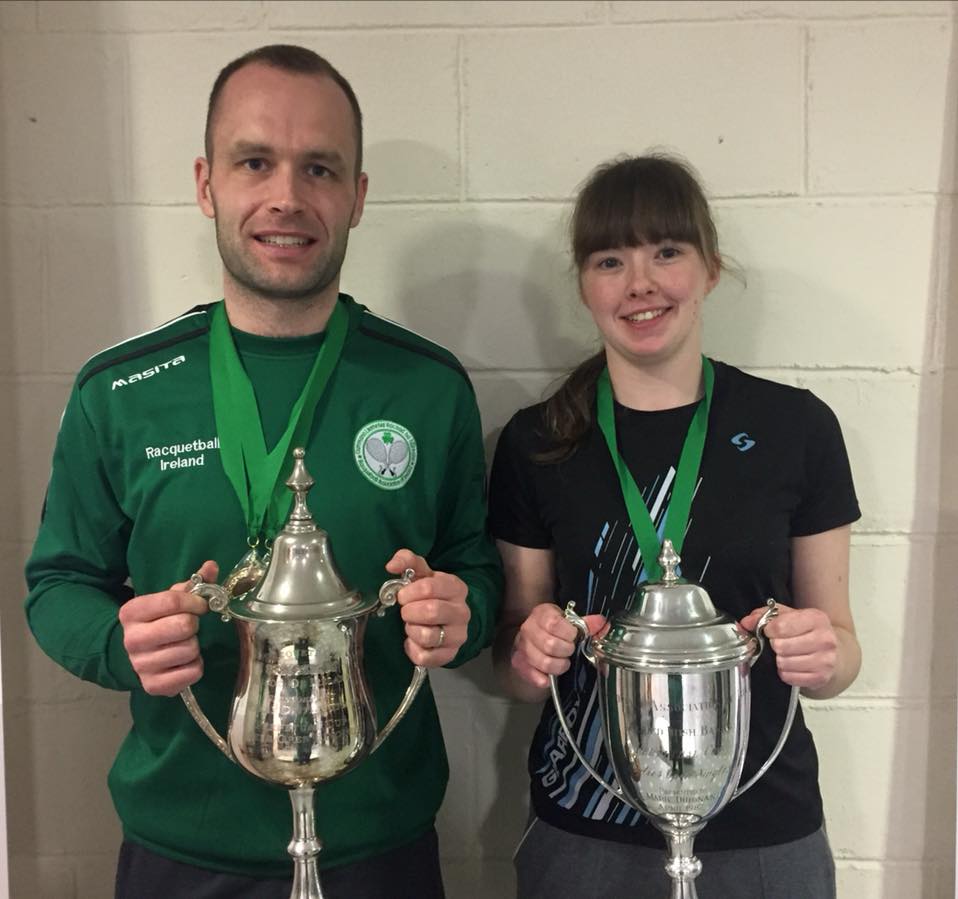 Mark Murphy will relish the 2018 All Ireland Championships when he won his first Open Singles National title. Having been runner-up on four occasions he finally overcame the No.1 player Noel O’Callaghan (Fermoy) the same player who defeated him in those four finals. The Kilkenny athlete beat O’Callaghan this time round by 2 games to nil in the final. Well done Mark!

Aisling Hickey (Rossmore) continued her dominance in women’s racquetball defeating Donna Ryder (Newport) by 2 games to nil to win her 8th title in a row.