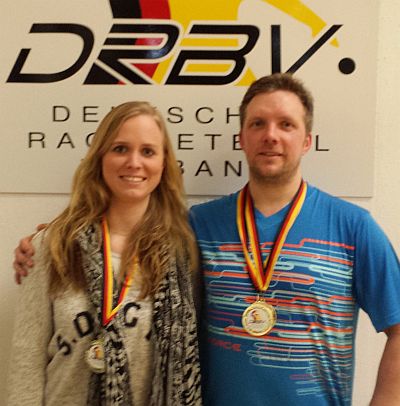 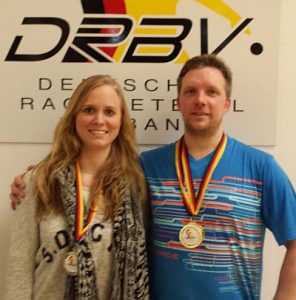 Lara Ludwig and Oliver Bertels (both Hamburg) are the winners of the 35th German National Championships. With Lara Ludwig defeating Renate Hartmann in the ladies singles final and claiming her 4th title in a row, it is Oliver first national singles after winning over Jan Lysakowski in the mens singles final with 15-6, 15-4. Oliver Bertels is only the seventh singles champion in the history of German Racquetball. He also teamed up with Arne Schmitz to win the doubles competition over Jan Lysakowski and André Dietrich (Hamburg/Worms).