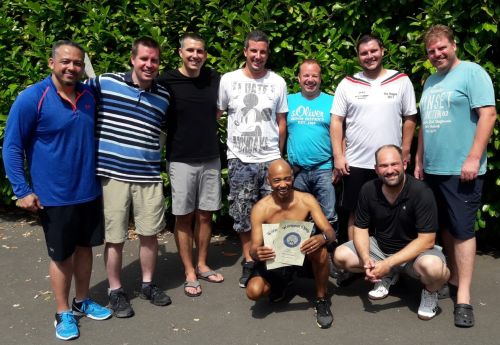 Heated games were seen at the 1st Worms Open 2018 last weekend. Not because there were some intense fights and battles on the court, rather because of temperatures of 37C outside the courts and over 40C inside the one court in Worms, Germany. Despite these extreme conditions, players from the US, Netherlands and of course Germany found their way to Worms and the small Racquetball community there which held an Open tournament for the first time ever this year.