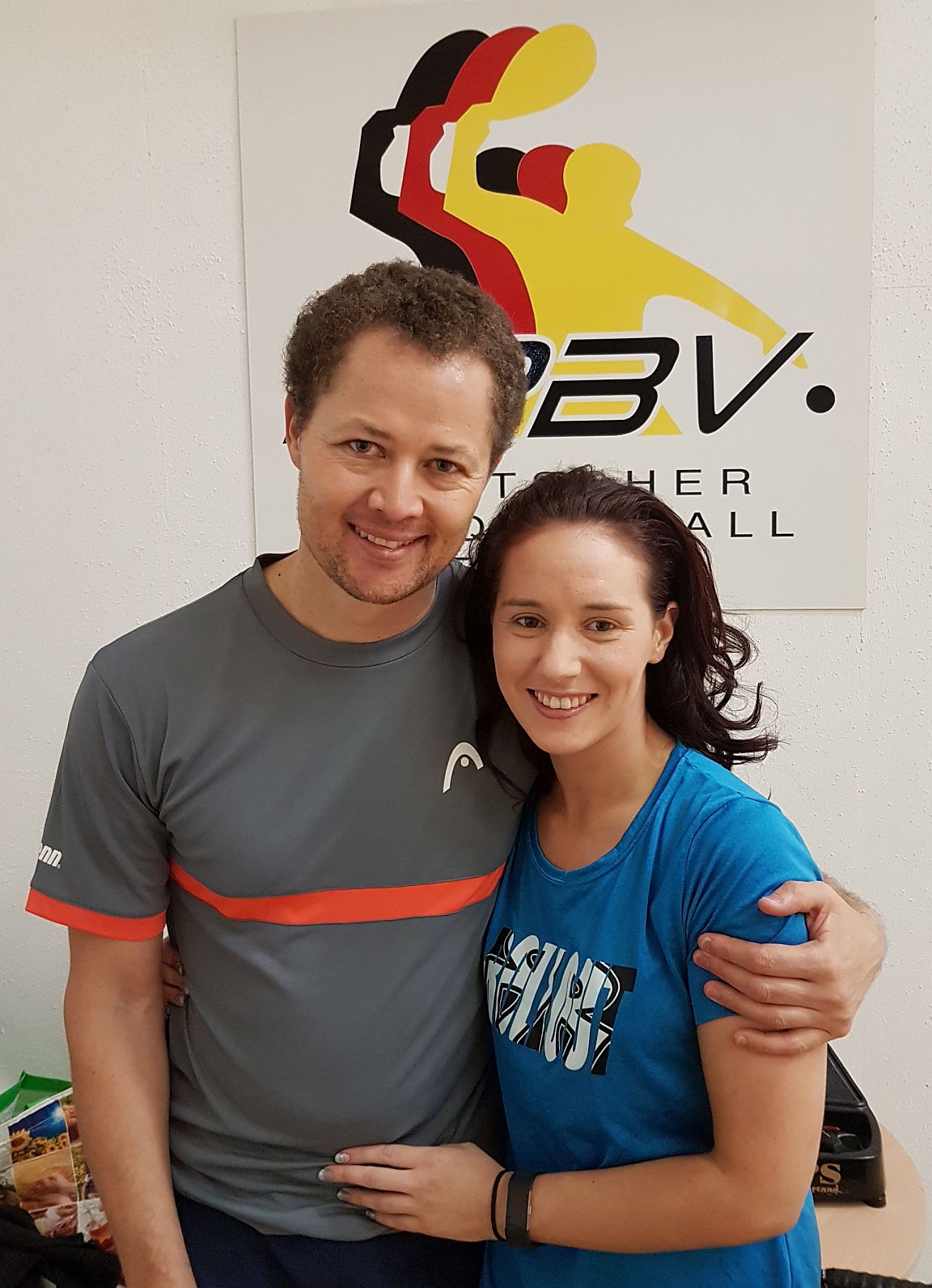 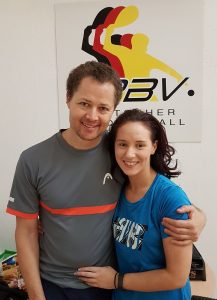 Ireland’s Donna Ryder and Germany’s Trevor Meyer are the Single winners of the 2017 Hamburg Open. The current European Ladies Champion defeated Yvonne Mesecke (Germany) in a competitive match 15-12, 15-9 to claim her second title at the Hamburg Open after 2011. A coin toss had to decide the winner between Trevor Meyer and Joachim Loof as both legendary players got injured and exhausted. So it was Trevor who won his 8th title at the Hamburg Open in which players from 8 countries were competing this year. After the awards presentation the 2 semifinalists Marcel Czempicz (Germany) and Jose Daniel Alvarez played out the 3rd place which Marcel won in an exciting match 11-10 in the tie-breaker.