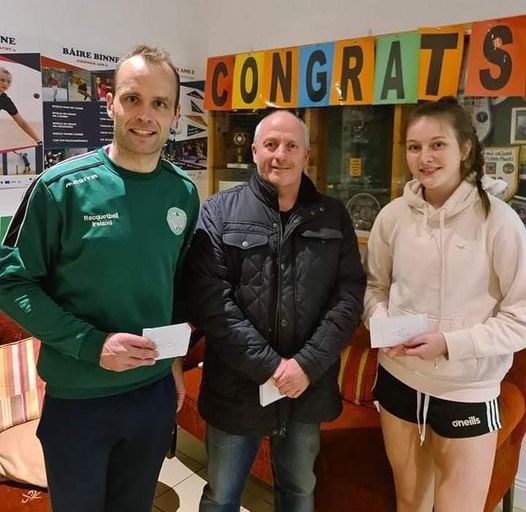 Thea Coleman & Mark Murphy are the Open Singles winners at the 2021 Galway Open!

17-year old Thea Coleman took her first Open Singles title at the Galway Open. She took out Arklow’s Toni Neary in a tiebreaker on route to the final. In the final she faced Katie Kenny and came out on top in another tie breaker thriller! Congratulations to Thea on her first Open win!

On the Men’s Side, Mark Murphy retained the Galway Open title he won in 2019. On route to the final,he defeated Mayos Padraic Ryder 2-1. And took the title in the final defeating Noel O’Callaghan in a very close tiebreaker final, winning 11-10! Another notable win was that of Colm O’Keefe who won the Novice Singles title beating North Sligos Frank Pastor in the final.

Well done to Tournament Director Ray Keleghan(pictured), the local organising committee & Moycullen Racquetball Club for facilitating the tournament during these unusual times and to the venues used.

Picture and text courtesy of RAI