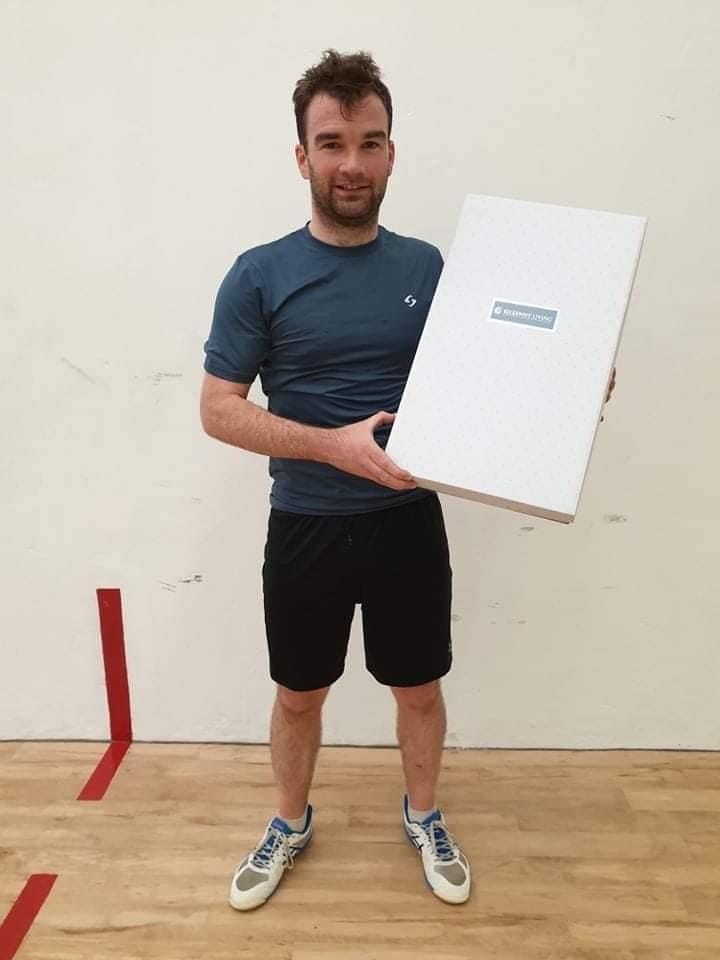 It’s safe to this year has been different and the 2020/2021 racquetball season will be too. The 2020 Fermoy Open took place this weekend under new restrictions in order to allow players to get back to play and play safely.

With no spectators and no doubles, it was an all singles affair as Johnny O Keeney (Fermoy) defeated Darragh O Donoghue (Araglen) 2-0 to take the title. O’Donoghue has to defeat Irish Legend Noel O’Callaghan in a tie break thriller (11-10) to make the final.

Other noteworthy winners included Jack Kearney (Araglen) who defeated Ken Cottrell (Kilkenny) to win the Men’s B and Dara McNamara who won his first title in the Men’s Novice.

Thank you to the organisers, the facilities and courts and all that took part who followed all guidelines and allowed this tournament to take place during these unusual times.